Are Australian CEOs just lucky, or can they take over the world? 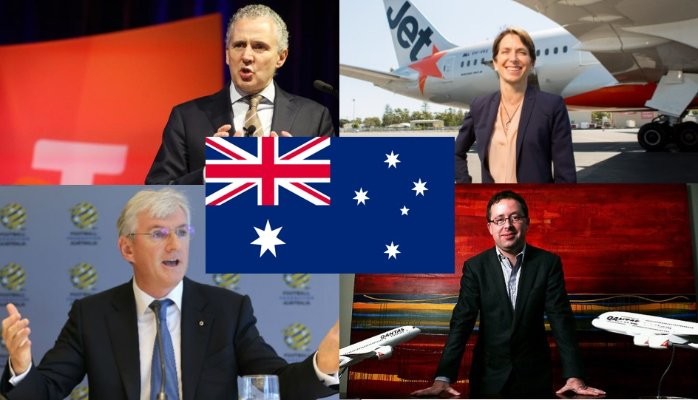 Last week we were in Australia exploring what it is that makes Aussie CEOs tick and if Australians in business are true global leaders, or if they’ve mainly found success through luck. We met with some of the most well-known and iconic CEOs in Australia, including those at Telstra, Qantas, Myer and Westfield.

“Australia is a lucky country run mainly by second rate people who share its luck. It lives on other people’s ideas, and, although its ordinary people are adaptable, most of its leaders (in all fields) so lack curiosity about the events that surround them that they are often taken by surprise.”

This condemning quote by Donald Horne was written in 1956, a time when Australia was still a developing nation primarily building its wealth from natural resources and the trading of commodities.

Now that the mining boom is over, many believe that Australian corporates may have run out of luck.  We went out and tested this notion by asking Australian CEOs whether they are just lucky, or if they are truly adaptable business leaders who are paving the way for a big and successful future for their businesses and for their country.  Here is what some of them said about what makes Australian leaders unique to the rest of the world and why Australia is becoming a global force in business:

‘Hard yakka’, from the word ‘yaga’ meaning ‘work’ in the Yagara indigenous language, signifies a time in which the first Australians were used to jobs that required strenuous, physical labour. The term ‘hard yakka’ still applies to Australian business leaders as they are known for their relentless drive, strong points of view, competitiveness and enormous hunger for success. Australian leaders are also known for surrendering to the simple pleasures in life, such as watching sport, being with friends and celebrating a day of “hard yakka”.

“Australian leaders are competitive within Australia and with the rest of the world.  They are also well known around the world for their impact to be in involved in a good debate.” – Steve Lowy CEO Westfield

“We lead from the front during the tough times and its always a big team effort.” – Alan Joyce Qantas

Australians have a working class heritage and are used to frequent changes in government, that over the decades have imposed copious amounts of red tape on businesses. Despite this, Australian business leaders have always been battlers and are willing give to give it a go.  We are now seeing an emergence of Australian entrepreneurs who are breaking through the red tape thus introducing a new wave of entrepreneurship to the country.  Australia is driven by meritocracy, by hungry entrepreneurs who must be cherished, otherwise they will be lost to global competitors.

“Australian leaders need to start changing the mindset of the company, not the people. We already have great people.” – Andrew Bassat CEO Seek

Australia is now the 15th largest economy in the world and hits above its weight not just in mining, but in many areas. It has been at the forefront of many innovations, particularly medical technology and education. Wi Fi for example, google maps and the bionic ear were all invented in Australia. When it comes to the rest of the world though, pioneering ideas from Australia are still few and far between, but for a country with such a small population there are a lot of big opportunities.

“There is a misunderstanding out there of Australia as a mining or commodities country.” – Steve Lowy CEO Westfield

“Change for us is easy, we are disruptors at heart and are always changing”. – Jayne Hrdlicka CEO Jetstar

“Australian leaders need to always ask themselves, what does “best in the world” mean?” – Andrew Bassat CEO Seek

4.They are humble, grounded and step out into the world

Australian leaders are seen to be very easy going with minimal formality, making it easy to get to know them and build trust. With over 4% of Australians living overseas, Australia has always been well-connected.  They love to travel and have an open mind to the world and to business.

“Australian leaders are humble, grounded and outward-looking because we are remote in the world so by necessity, we need to look out into the world.” – Jayne Hrdlicka CEO Jetstar

“Culturally in Australia we are an egalitarian society.  We have less formality and structure compared to the rest of the world. Our top teams are far more accessible and people are open to getting feedback.” – Andy Penn CEO Telstra

Australia has unique community business models which revolve around the idea of accessing remote communities and always putting the customer at the heart of the organisation. Australia Post and Bendigo Bank are uniquely positioned to serve these communities.

“We asked our customers what is the most important thing we can do for communities, they said do your job well and look after your customers.” – Ahmed Fahour CEO Australia Post

“A lot of people bring ideas to us because they see us as a true partner to do things.” – Mike Hirst CEO Bendigo Bank

With 1 out of 2 Australians born outside the country and 1 in 3 Australians having ancestry originating elsewhere, Australia makes for a cultural melting pot.  Diversity is what makes Australia unique in world business and Australian companies are well placed to harness competitive advances from a more diverse talent base.

“At Australia Post 30% of our employees are born overseas, 40% are women, 2% are indigenous and 8% have disabilities. Diversity is our source of competitive advantage.” – Ahmed Fahour CEO Australia Post

“We harness creativity by getting diverse thought and ensure there is a proper debate and that this debate is put into action.” – Alan Joyce CEO Qantas

To summarise, Australian business leaders are fortunate to live in a country of such beauty with a wealth of natural resources. Thus far, the physical distance that separates Australia from the rest of the world has provided protection for businesses to grow, however this boundary is now beginning to be broken down with the explosion of new technologies. From witnessing first-hand the adaptability and strong personal mindsets of some of Australia’s most successful CEOs, we see that Donald Horne couldn’t be more wrong. These CEOs have made their own luck and are increasingly positioning themselves for a push across Asia and beyond. What we saw in Australia’s business leaders indicates that they’re not headed for retirement on Bondi Beach, but are ready to get out there and take on the world.