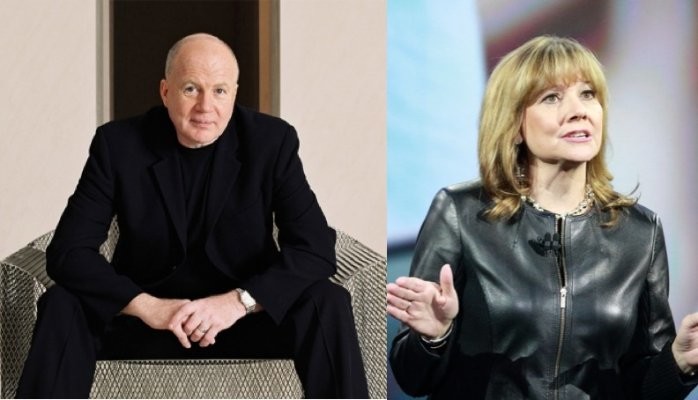 Kevin Roberts, Chairman Saatchi and Saatchi, couldn’t have been more wrong when he said that the diversity debate is over, and his poor judgement has resulted in his speedy resignation.

As ignorant as his comments were, Roberts isn’t a lone voice in the world of chairmans and boards of his generation – many believe having a woman or two on the board is enough to reflect true diversity. The fact is, female senior executives and non-executives are in the minority and continue to work in a male-dominated environment, that largely tolerates them rather than fully supports and empowers them.

From the overall context of his comments, he isn’t a sexist, he just doesn’t see the underlying issue.

So, what is the reality for the three points he makes?

1. There is a glaring lack of women at the top of Fortune500 companies – 5.2% is ridiculous and surprisingly, it is getting worse.

After releasing its list of the 500 biggest companies by revenue for 2015, Fortune tells us that the number of women running the world’s largest companies is decreasing with the numbers falling from 24 to 21 in the last year.

Unless a new female CEO joins the ranks soon, the number will fall again when Ursula Burns steps down as CEO of Xerox later this year.

2. The diversity debate has only just started. It is actually about hidden discrimination and cultural contempt against women.

We currently coach a very senior executive from a media competitor of Saatchi and Saatchi.  She is a highly capable woman and has been in the business for over 20 years.  She is on the board, but is the only female in a line position with full P&L responsibility.  Although respected, if she stands up too firmly against some of the board decisions made by male colleagues, she is labelled the “difficult woman” which disempowers her and stops her from being the powerful leader that she is. She doesn’t feel like a member of ‘the club’ due to her lack of interest in sports and not being a participant of sport.  I am sure she is not alone.

In another FTSE100 company, we were working with feedback given to the executive team from the next level down.  The feedback told us that women weren’t valued in the organisation.  A senior male executive in his 50s said, “this is ridiculous, and I can’t see it at all”.  Four of the female executives in the group either laughed or got angry, forcing a debate about the reality for women at the company.

From this exec’s perspective, they had set up a diversity task force a few years ago, resulting in more women placed in the executive team. Although this was factually correct, the women still felt unable to push back on issues that they really felt strongly about in the boardroom. The women also felt unable to talk too much about their family situation and having children, as they were worried about it being perceived as weakness, or career-liming in an alpha male culture.

We worked through this, and agreed that the company would have a zero tolerance policy on discrimination moving forward. Companies need to be having these discussions to start addressing underlying internal systemic issues and cultural tensions.

The real gender debate has only just started and Saatchi and Saatchi might help to be the catalyst. Let’s just see in the next round if companies will start to address the real issues, or if it’s going to take another few chairman to slip on the “women are not equal” banana skin.

3. It’s not a lack of ambitious women, it’s actually that senior female executives are struggling because the system is broken and doesn’t support them.

Many female CEOs are dropping out of the Fortune500. As Oliver Staley quotes in Quartz, among the casualties are: Carol Meyrowitz, retired as CEO of TJX Companies; Ellen Kullman, retired from DuPont after a bruising battle with shareholder activists and Gracia Matore, was CEO of Gannett before it spun off its print publishing business. Matore is head of the remaining media company, Tegna, but it’s now too small to make the Fortune500.

The number of women on corporate boards is not significantly increasing. According to Catalyst, a research group that tracks female executives, women still hold less than one-fifth of board seats at Fortune500 companies. So, why is this?

The reality, is that most Western boards are still male-dominated and despite having formal board procedures, the male executives continue their ‘boys club’ outside the boardroom. This is an underlying issue that still needs to be addressed. Women need to be properly integrated and connected into the boardroom with an equal voice, and the chairman is ultimately responsible for ensuring this happens.

Catalyst cited further research demonstrating that a gender diverse board leads a company to better financial performance. Between 2005 and 2009, the top quartile of Fortune500 companies by female boardroom representation outperformed those in the lowest quartile, with a 16pc higher return on sales and a 26pc increase in return on invested capital. These numbers grew to 84pc and 60pc respectively for companies with a sustained high representation of women on their boards.

Our belief, is that it goes both ways and we are missing strong, authentic, successful female CEO role models. The sooner we get one or two spectacular successes, the sooner we’ll see women really accelerate to the top. It can be incredibly hard for women wanting to progress in the face of intense media scrutiny and backlash when they try to change alpha male-dominated company cultures. This is heightened by too often fragile support from mostly-male boards that can’t see that gender discrimination is an issue.

We face another problem: many women defend current female role models, Marissa Mayer a perfect example. Ideally, she would have succeeded and provided that missing role model who could have overturned the discriminatory system. Unfortunately, she didn’t succeed at Yahoo and we need to accept that.

This article is the first of a series of six articles about female diversity issues world-over. We are currently interviewing top female CEOs and global female influencers to gain their perspective.

We will be covering the current reality facing female executives today and how to reset the corporate system so that women en-masse can be empowered to contribute fully to corporations.